Whisper and Winterwind found Icebones hibernating in a glacier. He wasn't too friendly at first. He attacked them out of mad aggression, and he and Winterwind had quite the battle. Coldnip smoothed things over between them and showed Icebones that Whisper meant no harm. Having never experienced kind humans before, Icebones was quick to show remorse and bond with Whisper. He's still wild and has never let anyone ride him, but he is friendly with Whisper and will even visit her (most likely in the hopes of getting fish). He will even defend her, Winterwind, and his new Groncicle friends if they need his help, like a solitary knight or guardian angel. Despite his caring nature, Icebones can be prickly on the outside and carries with him a deep sorrow that prevents him from getting too close to others...a sorrow that led him to hiding in a glacier in the first place. He is always there for his friends, but at the end of the day, he always goes it alone. 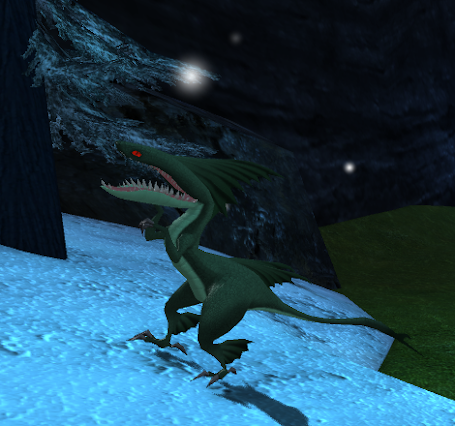 After Whisper rescued her son from an avalanche, Fleetstep helped her a mission to show her gratitude. She was willing to let Whisper hook a harness to her and pull the girl up an ice tunnel so slick only a Speed Stinger could possibly walk in it. She is still the closest to Whisper out of all the Speed Stingers in the pack. Fleetsteps is aggressive like any Speed Stinger, but she's almost motherly of Whisper and just as protective and loyal to her as any of her packmates. Every time Whisper visits the Speed Stinger pack on Icestorm Island, Fleetsteps is the first to greet her. 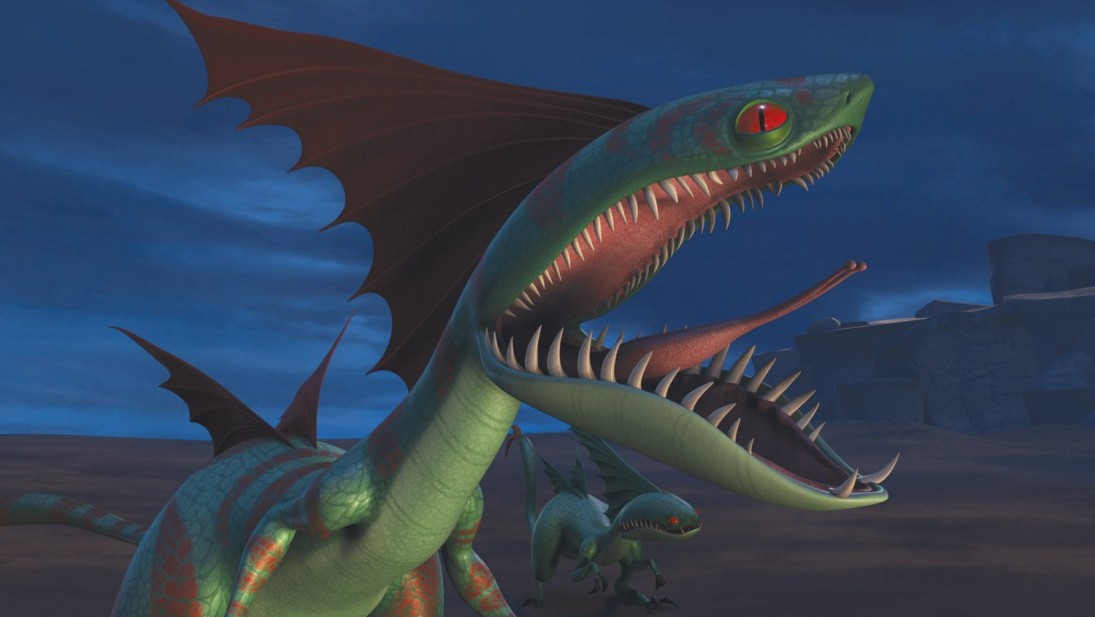 Quickflash is the leader of the Speed Stinger pack Whisper befriends. He will protect her and follow alongside her if she calls them, leading the pack with her, but sometimes he does try to boss her around and gets frustrated by her inability to understand. His pack - especially Fleetsteps - has accepted Whisper and her dragons as their own. They are family now, and they will follow and protect Whisper in all causes. The connection they share with Whisper has made the Groncicles and Speed Stingers of Icestorm Island friends and allies. A lot of that came from Quickflash's willingness to make peace.

Thughead Haugen is Norbert's father, a shepherd by trade. His favorite pasttimes are practicing his swordplay and ax throwing and drinking beer and mead in the Great Hall. Although good with many weapons, the hammer is his favorite. He's one of the men in Spitlout's group of friends. Thughead is often disappointed in Norbert, seeing his fun-loving ways as proof that he doesn't have any focus. He wants Norbert to take on the family business of shepherding, but Norbert isn't interested, and this causes tension between them. 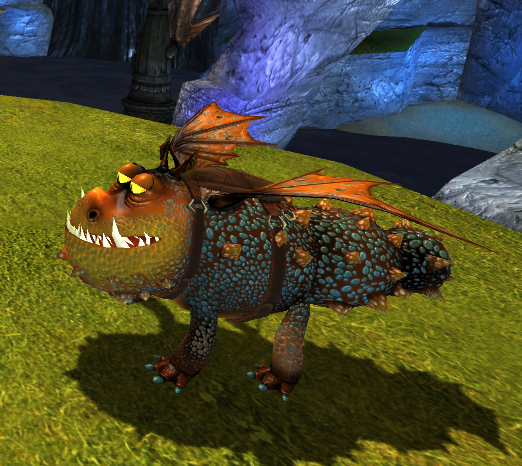 Saddle: A large and spiky saddle that's better for show than use.

While Stonemaw is good with the kids, he's often stubborn as a mule and is prone to disobeying his rider. Thughead got him when dragons were first integrated into Berk's lifestyle, and he was the Haugen family's first dragon.

Dollop Haugen is Thughead's wife and Norbert's mother, who is a bit on the voluptuous side. She is very much a stay-at-home mom who is too bothered with housework to worry about scolding, or listening to, her kids. However, she does get frustrated with Norbert's lack of help around the house and tries very hard to get Munchy to be calm and give her a moment's peace. She's the only one who can calm Thughead when he's being unreasonable. Saddle: A large, comfy leather saddle with a wooden tree.

After seeing Gobber's dragon, Dollop fell in love with Hotburples and sought out her own. Ironmaid is a very laid-back dragon who mostly sleeps while Dollop does housework. Dollop is known to lounge against her blobby dragon after a long, hard day and give her the dinner's leftovers.

Munchy is Norbert's little sister. Norbert is her hero, as well as the person in her life who makes her laugh the most, though Norbert often teaches her...questionable morals and skills. She likes to ride on dragons, but after having grown up with Stonemaw and later knowing Ironmaid, she loves the "rocky round ones" the best. After being dumped on Norbert, she ends up going on a quest with him and Whisper, where she proves her metal by standing up to a Catastrophic Quaken.

Boulderdash was causing a problem for the Groncicles on Icestorm Island, and Icevein went to Whisper and Winterwind for help. Norbert, Thistle, and Munchy go with them on Frostclaws. After Whisper and Norbert try unsuccessfully to drive Boulderdash away, Munchy ends up training him, and he becomes her loyal dragon. Boulderdash is very insecure and defensive, and only Munchy seems able to calm and reassure him. He's a huge puppy...with her and only with her.

Whisper meets Gertrude when she and Norbert are sent up to Chilblain II to help with a Berserker invasion. Unlike most people Whisper has met, Gertrude likes her very much, and the two become fast friends. Gertrude is headstrong, adventurous, tenacious, tough, and genial. She's eager to say hello to everyone and knock down anyone who gets in her way. Gertrude becomes interested in their dragons, particularly Winterwind, and wants to ride one. She currently seems frustrated with her life at Chilblain II, in part due to an arranged marriage. 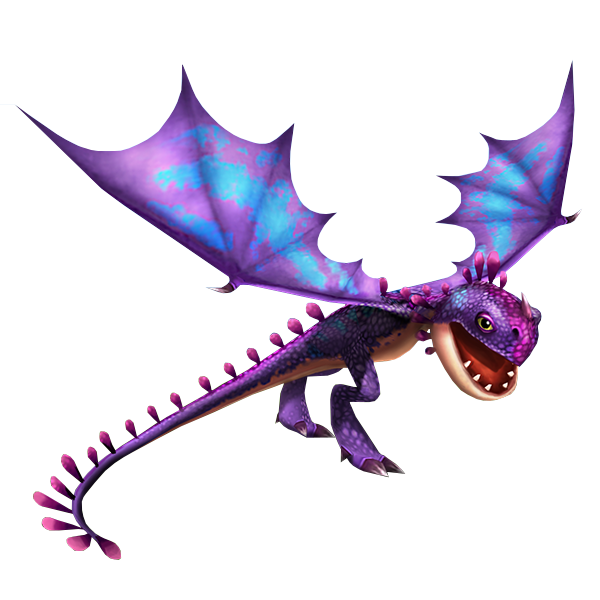 Saddle: A fur-lined saddle meant to keep his rider warm

Intelligent, playful, and a hyperactive powerhouse, Spitfire is Gertrude's fearless dragon. He's undaunted by anything and tends to be downright irritable if you tell him or force him to do anything. Gertrude has learned it's good only to ask. However, he's just as friendly and adventurous as his rider, and they both share a rebellious and tenacious spirit.

Instrumental Theme: "For the Win" by Two Steps From Hell 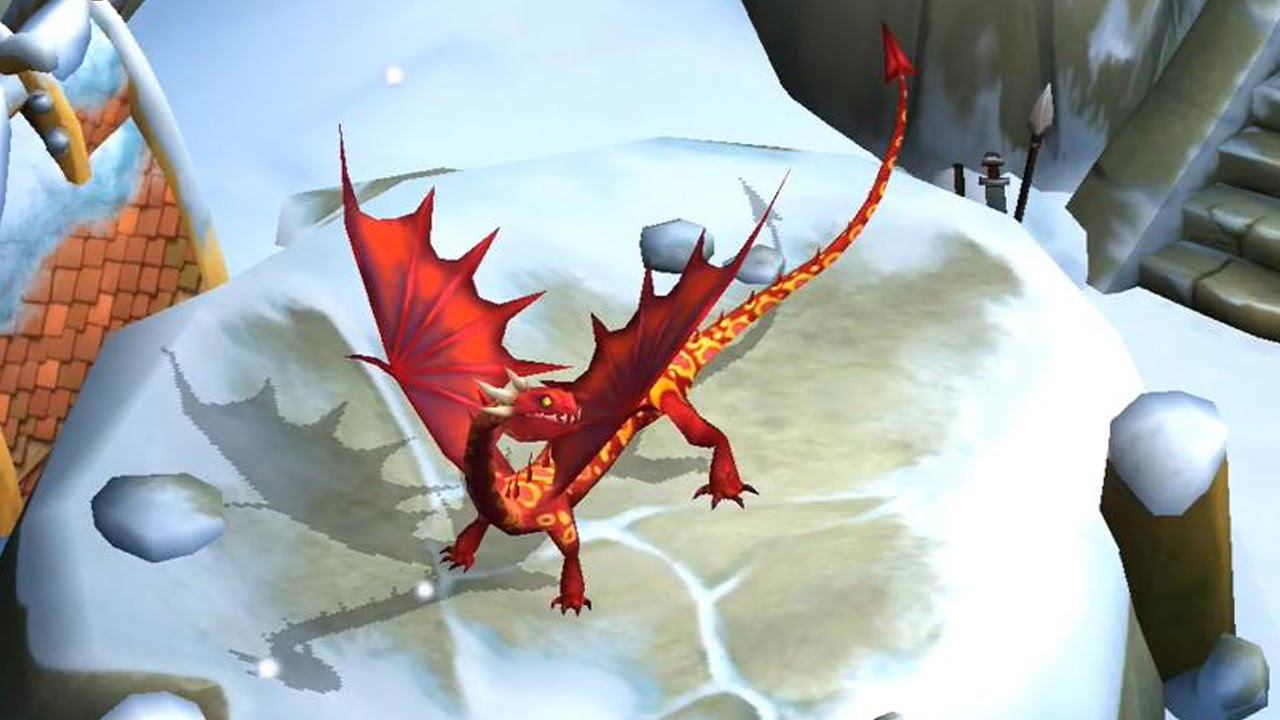 Redwolf was a Grapple Grounder who kept raiding food stores and attacking livestock. The dragon riders were at Dragon's Edge and so were unable to help, and no one else could capture the dragon. Finally, Thughead says he has to hunt and kill it, and Whisper begs Norbert to get him to change his mind. Norbert tells his father he'll train the dragon and names the Grounder Redwolf in honor of Whisper. Redwolf now hangs around town like a stray dog, usually near Norbert's hut. He's no longer quite as troublesome as he used to be, though he's still just as aggressive. Only Norbert can ride him, and he and Frostclaws taught the Grounder to race. 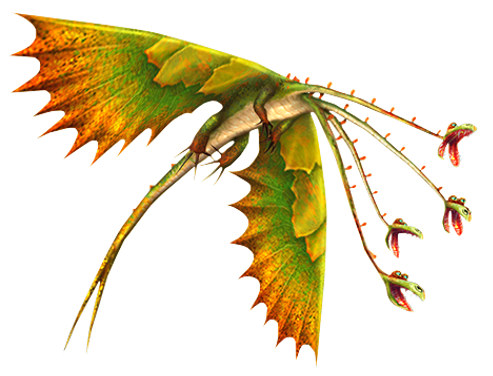 Sneak, Snip, Snap, & Trap was a hungry Leafy Snaptrapper Whisper and Norbert meet one fall. After Sneak, Snip, Snap, & Trap try to eat them, Winterwind saves them, and Norbert suggests they train the dragon to prevent it from being a problem. He named it, and he and Whisper each focused on two heads, feeding them fish to placate them. Now it lives away from Berk but still come by to visit and be fed.