Theme Song: "Night of the Hunter" by 30 Seconds to Mars

Instrumental Theme: "The Truth Unravels" by Two Steps From Hell Weapons: Seax Dagger preferably, but really anything with a blade

Colby is a boy about Whisper's age, with jet-black hair and intimidating amber eyes. His face is marred by a jagged scar across his left cheek. Colby was dragged into Berk one day by Mulch and Bucket. The two had found the boy drifting out at sea. Colby claims his tribe was attacked and he escaped but hasn't given details or even a last name. It turns out he's a trained blacksmith; delighted to have some help in the forge again, Gobber lets the boy stay with him. Colby rarely talks to anyone, never smiles, and generally gives off a dangerous vibe, but he's been nothing but helpful toward the Berk residents since his arrival. He seems almost uncomfortable in a social setting, something Whisper can relate to and something Norbert always manages to get around, and so the two come to consider Colby their friend. For the most part, though, Colby goes it alone. Every now and then he'll drop more hints of what happened to him to Norbert or Whisper, and when he does, his desire for revenge is apparent.

Instrumental Theme: "Mercy in Darkness" by Two Steps From Hell 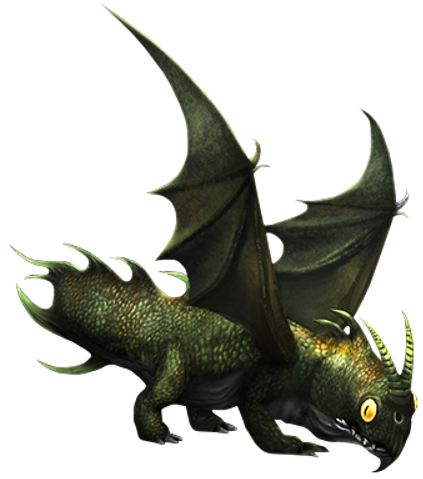 Eclipse becomes Colby's dragon when he is taken to Dragon's Edge to help with some repairs. The little dragon was suspicious of him and followed him around, but when he tried to get her to stop bothering him by giving her food, she decided to stick around. Colby found her fire helped with his forge and so was curious what else she could do for him. By the time he was ready to sail back to Berk, Eclipse had decided to leave and go with him. These two appear to show little warmth toward each other, but you never see one without the other; Eclipse often perches on Colby's shoulder, glaring around them like a watchful raven.

Not much is known about this masked dragon rider. He/She appeared in the night, burning down almost an entire village and appearing to attempt to take out a particular man there. He/She has been attacking ever since, as well as freeing dragons from hunters. All that is known about this mysterious rider is that it calls itself "Niði," meaning "dark one." Whisper tangles with this rider while out looking for a lost friend. 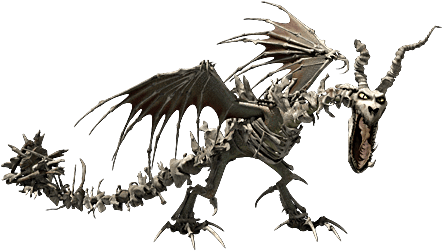 Saddle: A spiky saddle with a shield in front meant to strike fear in opponents and protect the rider

Scourge is a large Boneknapper who Niði uses to strike fear in his enemies. Though terrifyingly bold, Scourge seems to never lose focus or go into a mad rage, instead remaining calm and determined even when angry. In truth, he is a very personable and loving dragon with his own rider, but due to his rider's suspicion of the world, he'll rarely greet new people with enthusiasm.

Robin is a friend of Norbert's. Whisper wavers on whether or not she has a crush on him, which seems to annoy Norbert. Robin is a very straight shooter, good with an axe and sword and morally upright, as well as calm and subdued. He can be overly serious sometimes, but he's not against kicking back and having some guy time with Norbert. Although not one for pranks, he's not someone you want to challenge in a prank war...for he rides a Changewing!

Theme Song: "There is Life" by Alison Krauss

Instrumental Theme: "A River Flows Through You" by Yiruma

Flower is not an unfriendly creature and is generally shy and peaceful. Flower's favorite season is spring; she hates cold weather. Her rider is the calm and kind Robin Blomgren, and she follows him almost everywhere...unless it's cold outside.

Another Berkian warrior and dragon rider in training, Alva develops a crush on Norbert after Frostclaws saves her life while Norbert was clinging onto him. Norbert kind of likes the attention, even if he doesn't like her like that, but Alva's behavior around Norbert drives Whisper crazy. Alva thinks very little of Whisper, seeing her as a bastard child with a cold and awkward demeanor.

Double & Trouble are not very bright alone, but together, they're very good at causing chaos and destruction around them. They like to play tricks, much to their rider's chagrin. Alva is not very good at flying it because the two heads argue about how to fly all the time, since they only have one rider.

Theme Song: "Iron" by Within Temptation 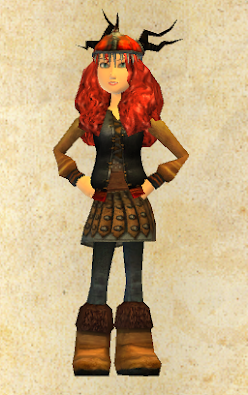 Frida Gunnarsen, originally a friend of Alva, used to be one of the top students in Berk's warrior training, but after a few events, she chooses to leave Berk.

Theme Song: "Let Us Burn" by Within Temptation

Instrumental Theme: "Fury of the Dragon Breath" by Peter Crowley 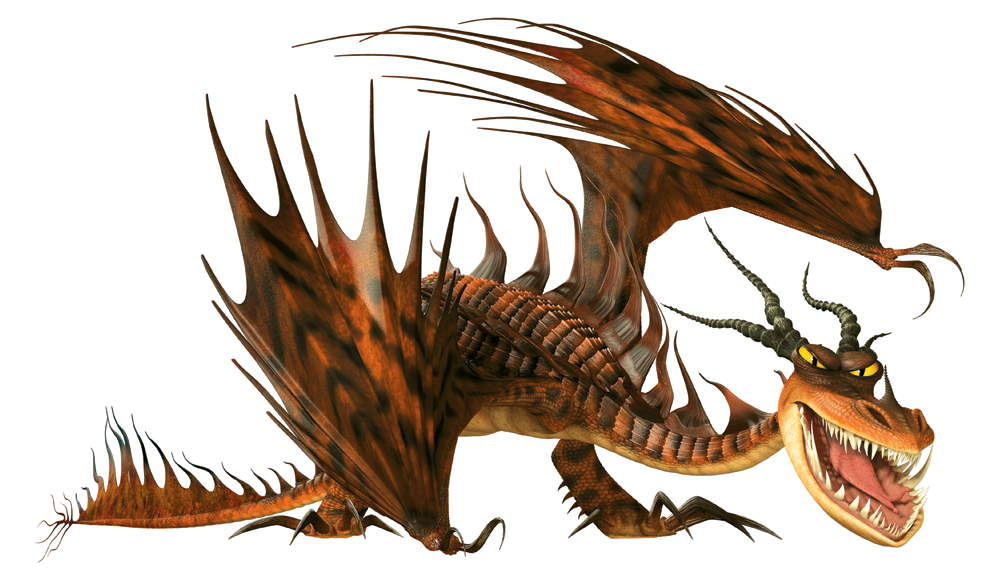 Saddle: A leather saddle lined with dragon scales to make it fireproof.

Firegale is Frida's main dragon and best friend. She may be a handful, but she follows Frida's every command. She even seems a little too eager to follow the command "Destroy," thrives on constant action, and is never truly calm. Firegale can be cruel and have a fiery temper, but her bond with Frida is unbreakable. 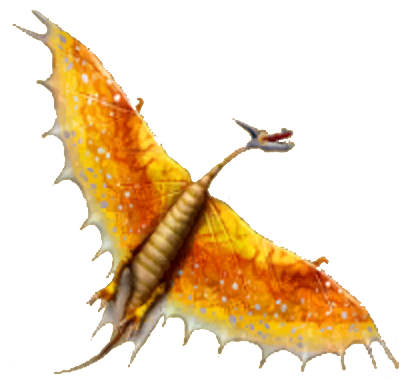 Frida and Firegale met Cyclone after Frida chose to leave Berk. He felt threatened and therefore attacked them, injuring Firegale in the process. Cyclone has been hunting them since, intending to end Firegale. He is hotheaded, persistent, and very fast!

Theme Song: "Edge of the World" by Within Temptation 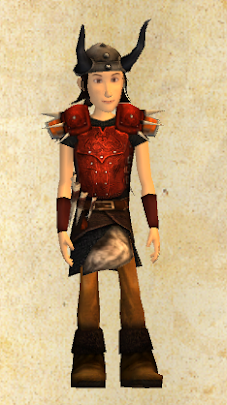 Randolf is a lone refugee whose family was killed by raiders. This young horn-playing swordsman finds solace in a runaway Frida's company. She takes him in, and the two help each other survive. Frida even teaches Randolf to be a dragon rider. By the time Frida's fury has gotten the better of her, Randolf is too smitten to ever listen to his own conscience over her word.

After being attacked by Cyclone, Frida and Randolf find Lionheart. Randolf plays his horn for him and, in doing so, tames him. Lionheart then helps Frida and Randolf rescue Firegale. He decides to stay with Randolf and becomes his best friend. He is a very catlike dragon, loyal to one person while shoving off others. He likes things his way and shows great intelligence, but his attention is easily diverted.

Theme Song: "Where is the Edge?" by Within Temptation

Sunheart is the Fireworm Queen of a large nest of Fireworms. When Frida goes to Sunheart to help heal Firegale when she is losing her fire, Frida ends up taming Sunheart. Now Frida has an entire nest of Fireworms at her command. Sunheart is not always helpful, though; as a Fireworm Queen, she can only venture outside her cave on the warmest days. She is motherly to her brood, Firegale, and all other humans and dragons that come into her realm, and she will go completely berserk if any of them are harmed.

Weapon: Whatever is at hand, from a sword to poison

Eindride is a middle-aged man. No one knows where he came from or what his motives are. Whisper first encounters him with her dragon Winterwind and learns he is not to be trusted. Frida knows this, too, but, with Eindride being an excellent trapper and good with any weapon you can think of, Frida realizes he can be useful and lets him join her group...for now.

Frida finds the Queen and her flock with Eindride's help. At first, she doesn't know what to do, but eventually she hatches a plan for revenge by tricking the Red Death into helping her. Tricked into doing Frida's bidding but never truly bonding with her, the Queen comes to control Firegale, Cyclone, and Lionheart. Sunheart views the Queen more as an equal and keeps her little Fireworms separate. The Queen is an experienced fighter, having had to defend her right as ruler before, and is quite a foe...even for a young Bewilderbeast.